Cycling across Palawan in 12 days

Written and Photographed by Gabriel Malvar 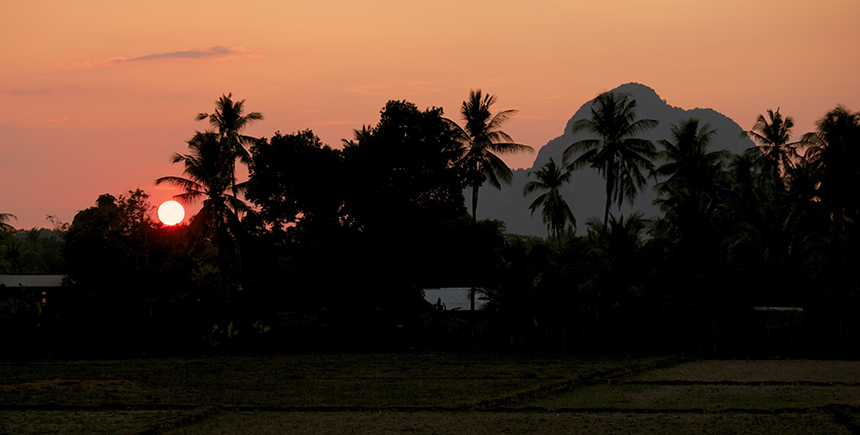 When Romi Garduce first brought up the idea of Padyak Palawan, a 12-day bike ride from the southernmost tip of Palawan all the way to the north, it sounded like a crazy idea. Logistically, it was going to be a real challenge: Palawan’s interior is largely uncharted territory, rugged and unpaved, and unreachable by any kind of motorized support vehicle. There would be long, lonely stretches in a wild landscape where we would be left to our own devices.

But the challenge was exactly the draw for Romi, who became an environmentalist when he first joined the UP Mountaineers, based in the University of the Philippines, while he was in college. Over the next two decades, he accomplished the extraordinary feat of reaching all of the Seven Summits — the highest mountains in each of the world’s seven continents, including Mount Everest in 2009 — and became the first, and so far only, Filipino to do so.

Romi had never been on a bike tour before and was curious to know if such a traverse was possible. More importantly, any meaningful advocacy for protecting the land begins with a deep understanding of it. “Hopefully with the tour, we can showcase less visited parts of Palawan,” Romi explained, “and call attention to conservation issues affecting the island.”

With other fellow mountaineers and long-time friends — including an artist, a maker of bamboo bikes, a geological mapper and a cook — he spent 12 grueling days pedaling a total of 740km along highways, dirt roads, and old farming and logging trails. From the remote town of Buliluyan in southern Palawan, through flourishing municipalities and smaller mining towns into the lush interior, the expedition ended in the tourist haven of Bacuit Bay, among the dramatic karst landscapes that Palawan has come to be known for. But it was the otherworldly beauty of the island that we don’t usually see that cemented everyone’s resolve — the idea that preserving this island is worth fighting for. Here, we share a few highlights of an incredible journey.

Palawan is the largest, least populated and westernmost province of the Philippine archipelago. The team kicked off at the remote town of Buliluyan, on the southern tip of the mainland. The sleepy fishing village serves as a jump-off point for ferrying goods and people to smaller, even more remote islands.

Portions of southern Palawan were once part of the Sultanate of Sulu, and in Brooke’s Point and Española, Islamic influence was evident — women wore the traditional headscarf, and every now and then we would ride past a mosque. For most of the journey a constant companion loomed overhead — Mount Mantalingajan, the island’s highest peak.

After three days of cycling, the team arrived at the municipality of Quezon, on the western coast. The full day’s break provided an opportunity to explore the area’s fascinating archeological finds, including the Tabon Caves in Lipuun Point, where remains of the Tabon Man, estimated to be around 24,000 years old, were found in the 1960s.

After a brief respite, Romi and the rest of the cycling crew embarked on the first of several grueling stretches, on possibly the loneliest road in the province. There was hardly anyone in sight for hours on end, all through Berong and its seemingly deserted mining towns and palm plantations, to Apurawan Beach in Aborlan. There were steep, slippery inclines of stone and clay that led to some spills and minor injuries.

From Apurawan Beach the road wound inland across Aborlan’s mountainous forests and rejoined the main highway on the east, rounding Puerto Princesa Bay, just before the approach to Iwahig, the home of the open-air penal colony at the base of Mount Thumb Peak. The provincial capital, where more bikers joined the expedition, marked the end of the southern half and the push towards the “glamorous” north.

Breaking inland for a cross-country passage to Caruray, between the coves of Sabang and Port Barton, back on the west coast, was the most eventful leg of the entire journey — the cyclists went up and down mountains via jungle routes that followed a snaking river. In the thick forest, alive with strange creatures and wild plants, a small waterfall became the perfect spot for cooling down, and for washing off mud and sweat.

En route to Port Barton, the team made another pit stop, this time at San Vicente, with its long and stunning stretch of white-sand beach facing the West Philippine Sea.

Palawan is a landmass on bedrock, and a massive backbone of limestone karst separates it into western and eastern portions. The mainland is wrapped in over 2,000km of coastline, and at its narrowest is a mere 5km wide. Whether it’s the West Philippine Sea or the Sulu Sea to the east, you’re never too far from the water. From the historic town of Taytay, the team rode past Lake Manguao — where you can find mynahs and cockatoos endemic to the island — towards the crystalline waters of El Nido, the journey’s final destination.

The final home stretch to El Nido was an uphill winding road with spectacular views of the Malampaya Sound and Bacuit Bay, a shelter for the endangered Irrawaddy dolphin. Here you will find the postcard-perfect images of a side of Palawan the world knows well: emerald waters, hidden reefs, limestone bluffs, thick mangroves. “This is the longest ride I’ve ever done,” marveled Romi. “So it’s possible.” Would he do it again? “Of course. There will be a next time.”

Also read: Top things to see and do in Puerto Princesa