Written and Photographed by Tommy Schultz 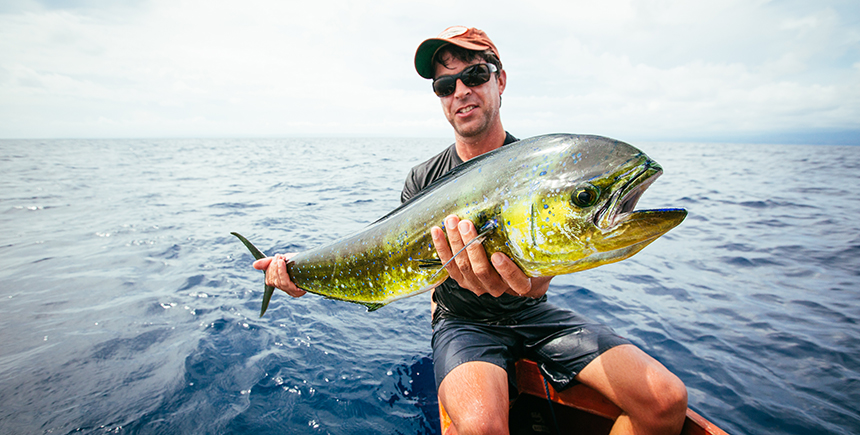 Tommy and the mahi-mahi 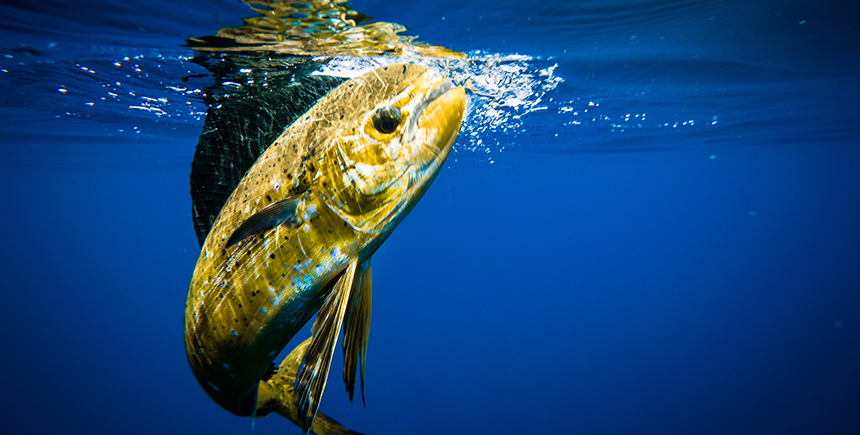 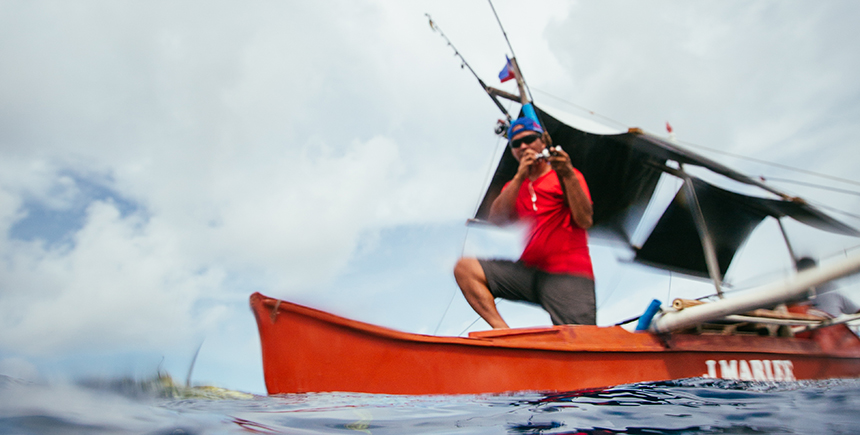 Reeling in a major catch

But as I imagine a dinner of mahi-mahi prepared by chefs Sande Fuentes and Jay Garife at Lab-as (Flores Ave; +63 35 225 3536), Dumaguete’s best-known seafood restaurant, I can’t help but point out another reason for learning how to fish: how amazing a plate of fresh catch from the ocean can taste. Imagine expertly sliced cuts of perfectly fresh fish layered over sashimi rice and accented with a spicy dash of wasabi. After spending a few days learning the basics of blue water fishing in Southern Negros, I can say from experience that you haven’t truly tasted mahi-mahi until you’ve caught one yourself.

I grew up with a fishing rod in my hand, was a fishing instructor and guide in college, and my first ‘real’ job was with an organization dedicated to preserving trout-fishing rivers. But I’ve rarely had a chance to try my luck out in the open sea. On freshwater lakes and rivers, I can tell you that knowing the correct bait to use and being able to land it within the radius of a dinner plate from 15m away usually means the difference between success and failure. But after a day searching the Bohol Sea — the immense expanse of water between the islands of Negros and Bohol — for the golden flash of a mahi-mahi in the endless blue, I quickly learned that having an experienced local guide who knows where the fish are makes the difference between a sashimi platter and a sorry tale of ‘the one that got away’ at the bar over a round of pilsner.

In my case, I had the help of Dumaguete local Mike Alano, owner and head guide at Third World Fishing. He’s been plying the waters surrounding the City of Gentle People for years and knows more about the blue water fishing here than almost anyone else. On the day of our expedition, we take off at daybreak from a tiny fishing village in Santa Catalina, a barangay about an hour south of the city.

We set off in a small outrigger pump boat captained by a local fisherman who’s a longtime friend of Mike’s. Over the jackhammer sound of the unmuffled pump boat engine, Mike tells me we’ll be heading to one of the many FADs (fish aggregation devices) built by local fishermen to attract schools of small baitfish to what might otherwise be a desert of empty open sea. The baitfish attract larger predatory species like mahi-mahi, Spanish mackerel, and even the occasional shark.

We arrive at the first FAD. Mike rigs up a stout spinning rod fortified with a spool of high-strength braided polyethylene line, a bullet-shaped baitfish of about six inches trailing from the hook. Our captain fires up the boat engine and Mike allows the tiny fish to trail about 80m behind the boat, tracing a wide circle around the FAD.

We spend about 35 minutes trolling the bait, but no bites — time to move to the next FAD about a kilometer away. The morning sun climbs steadily higher; another hour passes, and still no luck (that’s why they call it ‘fishing’, not ‘catching’). Mike and I get lost in the rhythm of the buzzing motor as we stare into the blue horizon and try to convince a fish to break the steady monotony of the trolling bait.

Our lower backs begin to tire from sitting on the bamboo of the cramped little pump boat. Minutes tick by in slow motion, so slow that my mind starts to conjure up images of sea monsters rising in the horizon. I close my eyes. When I open them again, it’s nothing but sky and lapping sea.

Two hours into the day and it feels like we’re going to get skunked. But at FAD #4, the glassy surface of the sea is broken by the nervous skittering of hundreds of tiny fish splashing on the surface to escape some unseen predator below. On our second orbit around the FAD, I feel the unmistakable yank of a bull mahi-mahi inhaling the bait. The fishing rod arcs across the orange bow of the boat, the fishing line singing with the strain of the battle below.

One hundred meters from the boat, the surface detonates with the splash of the bull as it hurls itself out of the water. The fight is nearly over and within minutes we see the gold-green flash of the fish just beneath the boat. With a practiced sweep of the hand, Mike snags the bull’s broad tail, lifting the fish over the wooden gunwale. The beautiful colors of the freshly caught fish blaze in the afternoon sun as we turn the boat towards Dumaguete and the towering silhouette of Mount Talinis. If learning to catch mahi-mahi means getting to eat this well, I’ll be toasting to the fishing philosopher who shared his wisdom with us for many, many days to come.