Journey along Japan’s Nakasendo Way for a dose of history 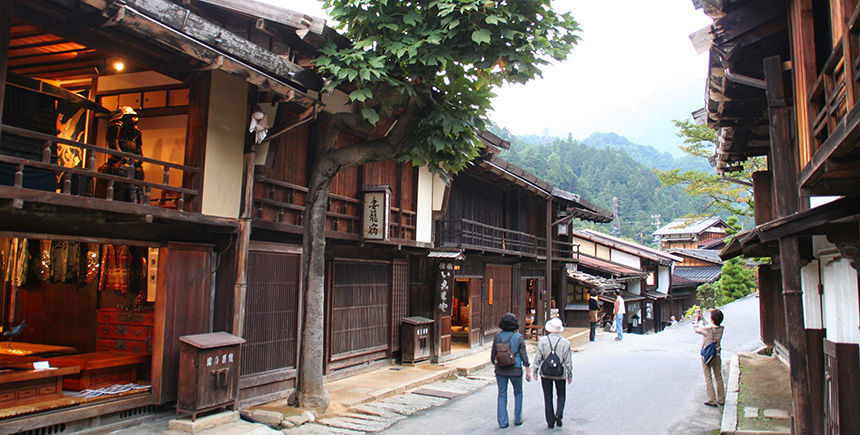 Part of the route along the Nakasendo Way

For a history lesson like no other, consider exploring the Nakasendo Way for an insight into imperial Japan. This ancient highway was built in the 7th century, connecting Kyoto and Tokyo — a scenic route that traverses Lake Biwa, the mountains of Sekigahara, the Kanto plain and more. And while it lies largely forgotten today, it hasn’t lost its charms. Along the way you’ll pass through old post towns that were built to accommodate travelers, and stay in traditional ryokans, soak in onsens, visit historic sites and drink in picturesque views of nature.

Also read: Staying at a traditional Japanese ryokan in Kyoto

But if planning an expedition along the 500km-long trail sounds like a logistical nightmare, Walk Japan is here to help. The group operates a fully guided, 11-day/10-night Nakasendo Way tour between March and November every year — the ¥472,000 (PHP198,000) per person fee includes accommodation, breakfasts and dinners, baggage transfers, entrance fees and a tour guide. Group sizes are limited to just 12 people; plus, the average distance you’ll cover daily is anything between 10km and 26km, making the tour less an arduous trek and more a casual amble.

Alternatively, if you’d rather go solo, sign up instead for Walk Japan’s self-guided 7-day/6-night Nakasendo Wayfarer itinerary (¥220,000/PHP92,215 per person). While you’ll still be provided with accommodation, meals and baggage transfers, you’ll be entirely unescorted, allowing you to explore the highway at your own pace.

If that sounds like your kind of adventure, visit walkjapan.com to book.