5 of the most spectacular national parks in Asia 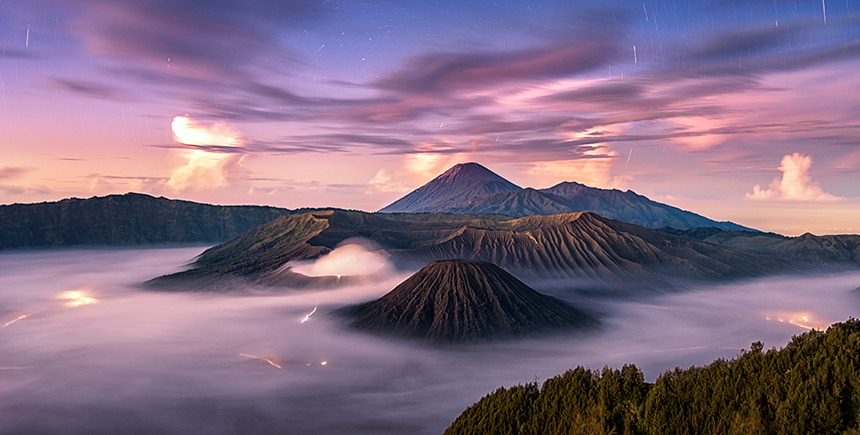 Asia is home to a broad diversity of natural attractions, including beautiful national parks that feature dense forests, underground rivers and everything in between. Take a walk on the wild side and put these incredible parks on your next travel itinerary.

Korat, Thailand
Thailand’s first ever national park is so large that it spans four provinces — Nakhon Ratchasima, Saraburi, Prachinburi and Nakhon Nayok. With wildlife such as elephants, gibbons, and 300 or so resident and migratory birds (including one of Thailand’s largest populations of hornbills) to look out for, as well as two sites where you can set up camp — namely Lam Takong and Pha Kluaymai — Khao Yai makes for the perfect escape from the city.

How to get there: Khao Yai National Park is a three-hour drive from Bangkok.

East Java, Indonesia
Mention this park’s name and most people would immediately picture its best-known volcano Bromo, which is excellent for hiking. But this mountain is only part of the big picture; the area is also home to another active volcano, Mount Semeru. The park isn’t all about peaks, though — you’ll also find pretty valleys criss-crossed with picturesque lakes.

How to get there: Take a two-hour bus ride from Surabaya to Probolinggo, before hopping on another bus to the town of Cemoro Lawang.

How to get there: Board a bus bound for Ranau from Kota Kinabalu. The journey will take around two hours.

Puerto Princesa, Philippines
The Puerto Princesa Subterranean River was named the seventh new wonder of the world in 2012, and for good reason. This stunning, UNESCO-recognised national park features a gorgeous limestone karst landscape with an underground river; at approximately 8km long, it’s one of the longest navigable underground rivers on the planet.

How to get there: The park is located in Sabang, a 45-minute drive from Puerto Princesa. From Sabang, you can easily reach the entrance to the river via a short hike or boat ride.

Also read: Top things to see and do in Puerto Princesa

Ninh Binh, Vietnam
Situated 120km from Hanoi, the Cuc Phuong National Park is made up of majestic limestone mountains and lush green forests which are home to exotic species like the clouded leopard and the Asian black bear. Want to witness an unforgettable spectacle? Visit from April through to May for butterfly season, during which thousands of the colourful critters awake from their winter slumber and cover all corners of the national park.

How to get there: The park is around a three-hour drive from Hanoi. Alternatively, board a bus bound for Nho Quan from Hanoi’s southern bus station, before taking a taxi or motorcycle taxi to the entrance of the park.