The significance of the color red in Chinese culture

No country is as deeply associated with one color as China is with red. We decode its various intriguing shades and their meanings across Chinese culture 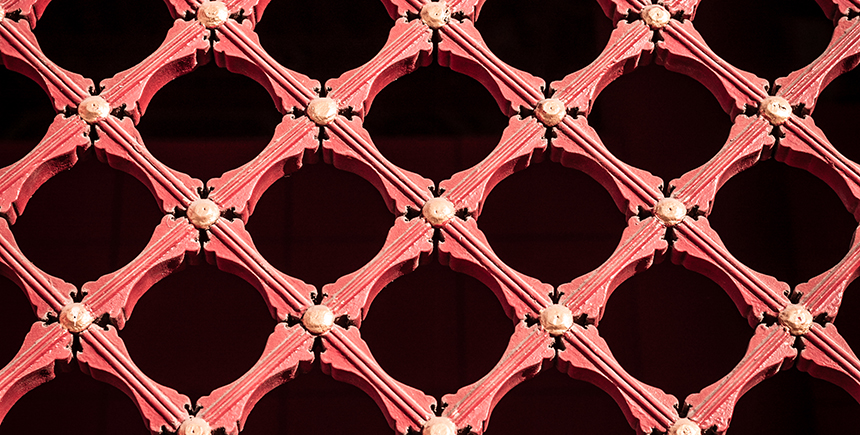 Details on windows at the Forbidden City 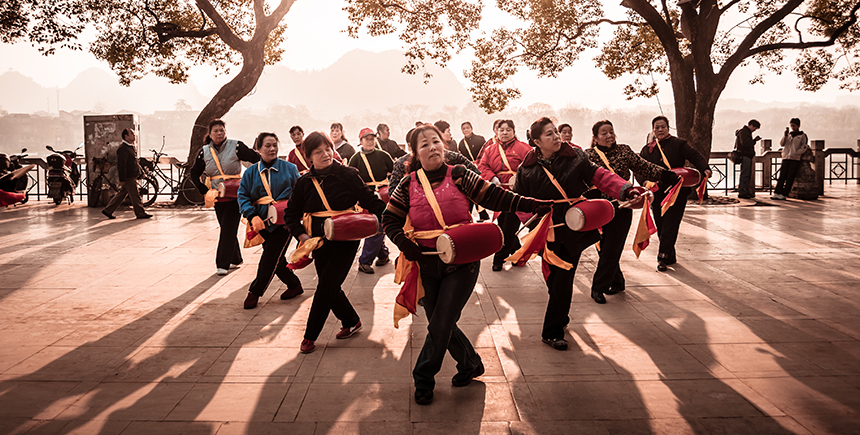 Group exercise by the riverside in Guilin 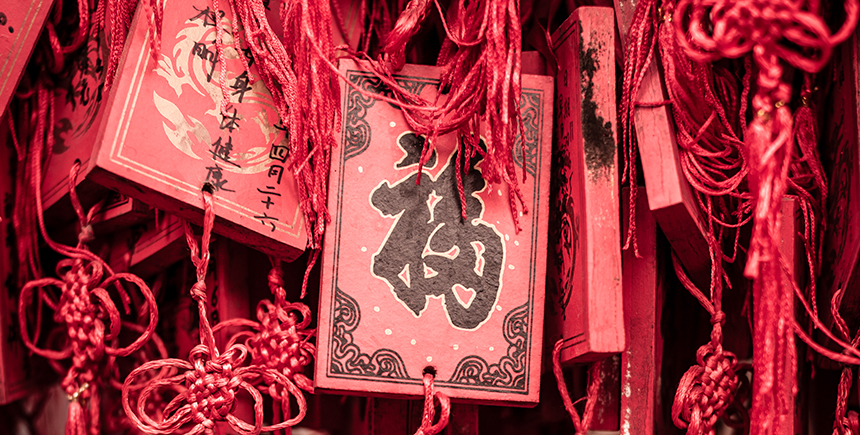 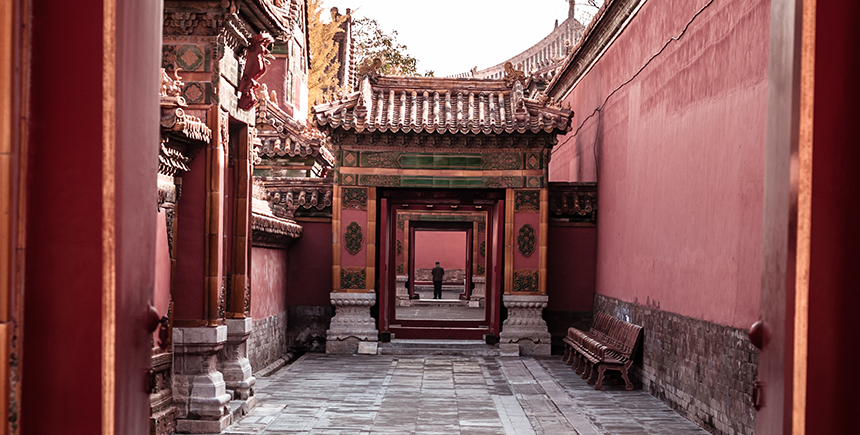 A passageway in the Forbidden City 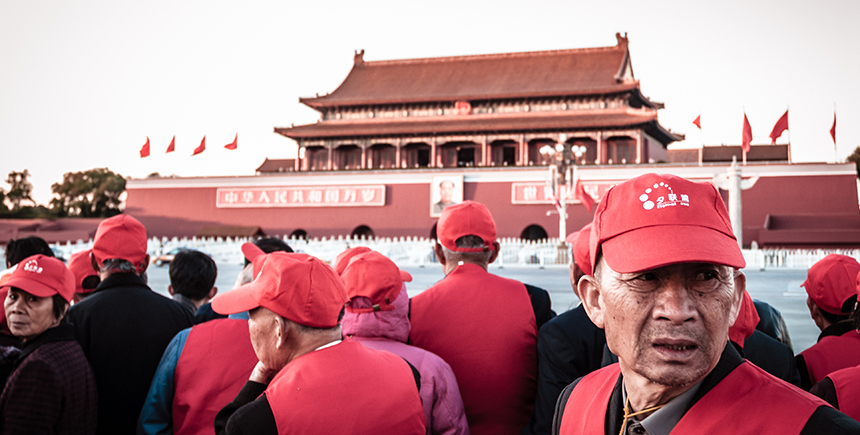 When I think of China, I see red. I see a landscape of shades and hues of red and scarlet and crimson: from chilli-loaded Sichuan food, candles in smoky temples and faded slogans daubed on village walls to the 100-yuan note, elegant calligraphy stamped with red-ink seals and the nation’s ensign — the “five-starred red flag” that is ceremoniously raised and lowered on Beijing’s immense Tiananmen Square each dawn and dusk.

Although red is such a widespread color, it has somehow been imbued with cautionary connotations in most cultures as a warning sign in potential danger zones. According to some reports this was already true in Chinese culture as far back as 2,000BC, when the color was believed to possess a spiritual power that repelled demons, and so was applied to doors and the exteriors of buildings as a make-believe barrier.

Yet red is also a representation of fire, and therefore of the sun and vitality — the very things that devils and fiends are defenceless against. As such the color red represents an evil-free condition, the reason why, for the Chinese today, it stands for happiness, good fortune and protection. It’s also the reason why red colors most of their important occasions.

During their big day, for example, a bride and groom will change from Western-style garb into traditional hong qua (“red suit”) wedding gowns, colored red to symbolise love and prosperity, for the elaborate nuptial banquet. They then spend their first married night in a red-sheeted, red-pillowed bed.

A famous person is hong le, or simply “red”. If you’re jealous, then you’re “red-eyed” of the hong huo or “red fire” lifestyle they lead — meaning their life burns bright and ever more vigorous, like a blazing bonfire. Chengyu such as this — concise, elegant idioms and proverbs — liberally pepper the Chinese language. According to one classic example, “red ink stains red, black ink black”, which means “you’re judged by the company you keep”. For the Chinese people, red ink is good.

Emperors issued their decrees in red ink from within the mysterious Forbidden City, the palace and protector of imperial households from the early 15th century to 1912. Its initial construction took reputedly one million labourers and craftsmen 14 years to complete, using construction materials that ranged from the rudimentary (wall bricks made of compacted sticky rice and egg white) to the artisanal (“golden” paving bricks fired in Suzhou). The building blocks came from near and far, too: from rare Phoebe wood originating in the subtropical south-west to boulders weighing 200 or even 300 tonnes, quarried 70km away and transported during winter on artificial ice runways.

But the key to the Palace’s decoration was the bruised-red paint job, which adhered to the tradition of 2,000 years of imperial building design. The red pigment was originally extracted from the mineral cinnabar — a cranberry-hued ore. Though it occurs in Spain, Mexico, Turkey and elsewhere, some of the finest crystals are excavated in China’s Guizhou and Hunan provinces, as they have been for three or four millennia. These southern provinces are 1,500 miles from Beijing as the crow flies, and the lengthy journey along the Grand Canal and by land took several weeks. Combined with the labor-intensive nature of its mining and processing, it’s no wonder it was highly desirable.

But there was a dark side. The rock has a built-in danger sign: its distinctive red color is a warning that the ore is formed of deadly mercury. The soft rock may be easily ground to make a rich, vibrant powder — known as vermilion or “Chinese Red” — but over centuries, even millennia, this poisonous dust took its toll on miners, craftsmen and others who came into close contact with it. Fortunately, safer production methods were eventually devised.

Health risks notwithstanding, the pigment was a valuable commodity through the Ming dynasty, and as such became a symbol of status and wealth. It also offered symbolic protection against spiritual enemies — especially when walls are painted blood-red or carmine, and doors and columns lacquered scarlet.

The association of the color red with life-force and strength also led medicine men of those times to enhance reviving tonics by adding the ruddy cinnabar powder to them. These concoctions included ingredients whose benefits had been proven over centuries — ginseng, cinnamon bark and Chinese yam, as well as more curious additions such as deer antler and seahorse — but the powder was included on the basis of superstition alone. The health-conscious upper echelons must have downed these drinks believing them to have extra potency thanks to their hue. But of course, it had the opposite effect: the tonic was now highly toxic.

One famed preparation, known as gui ling ji, was created in about 1540 for the 11th Ming emperor to reside in the Forbidden Palace. Emperor Jiajing was a diligent but sometimes excessively cruel ruler who was the subject of many assassination attempts. Ironically, it was the work of his doctors — preparing his daily crimson “elixir of life” tonic — that may have cut short his existence, as he is widely believed to have died of mercury poisoning.

On 1 October 1949, when Mao Zedong, accompanied by an entourage of Communist Party grandees, climbed to the platform atop the Tiananmen gate, his hand might have gripped a vermilion-lacquered rail or his fingers pushed against a “China Red” door. Once on high, while peering across crowds of flag-waving Red Guards, he proclaimed the establishment of the People’s Republic of China.

Mao’s portrait has hung on the famous gate since that day, but now it looks out across a very different China — a country where traditions hold strong despite the upheavals of the 20th century, but also one where the new millennium’s economic whirlwind has given the landscape a radical makeover. Yet it’s still a country with a red heart — a heart that burns with a “red fire”.

When Mao’s Cultural Revolution was at its zenith in August 1966 (known as “Red August”), vast Tiananmen Square — the sixth-largest urban plaza in the world — was crammed with thousands of Red Guard revolutionary students waving the chairman’s Little Red Book while singing “The East is Red” and other patriotic songs.

It was a happy coincidence for Mao and his party that communism’s emblematic color happened to be red. The iconic communist and socialist symbols, including the red flag and red star, were introduced by China’s ally Moscow in the former Soviet Union, and were taken to the Chinese heart instantly. The Red Guard claimed that it would make China “red from the inside out”, with the ultimate aim of turning the entire universe the same color. Certainly, when these red-armbanded youths were waving Mao’s famous tome in unison, they managed to turn Tiananmen Square a blushing shade of scarlet.

Today the nearest you’ll get to such a public display is to head into one of the two fine parks that lie either side of the hulking, historic gate. In the early morning you’ll be sure to find a group of smiling retirees doing a synchronised redfan dance or swirling red ribbons on sticks. But beyond those parks and through Tiananmen, the Forbidden City looms, its walls and towers shimmering with carmine-red plasterwork.

Also read: Exploring the heart of Beijing by train

The Devout’s Guide to Holy Week Services While in Quarantine